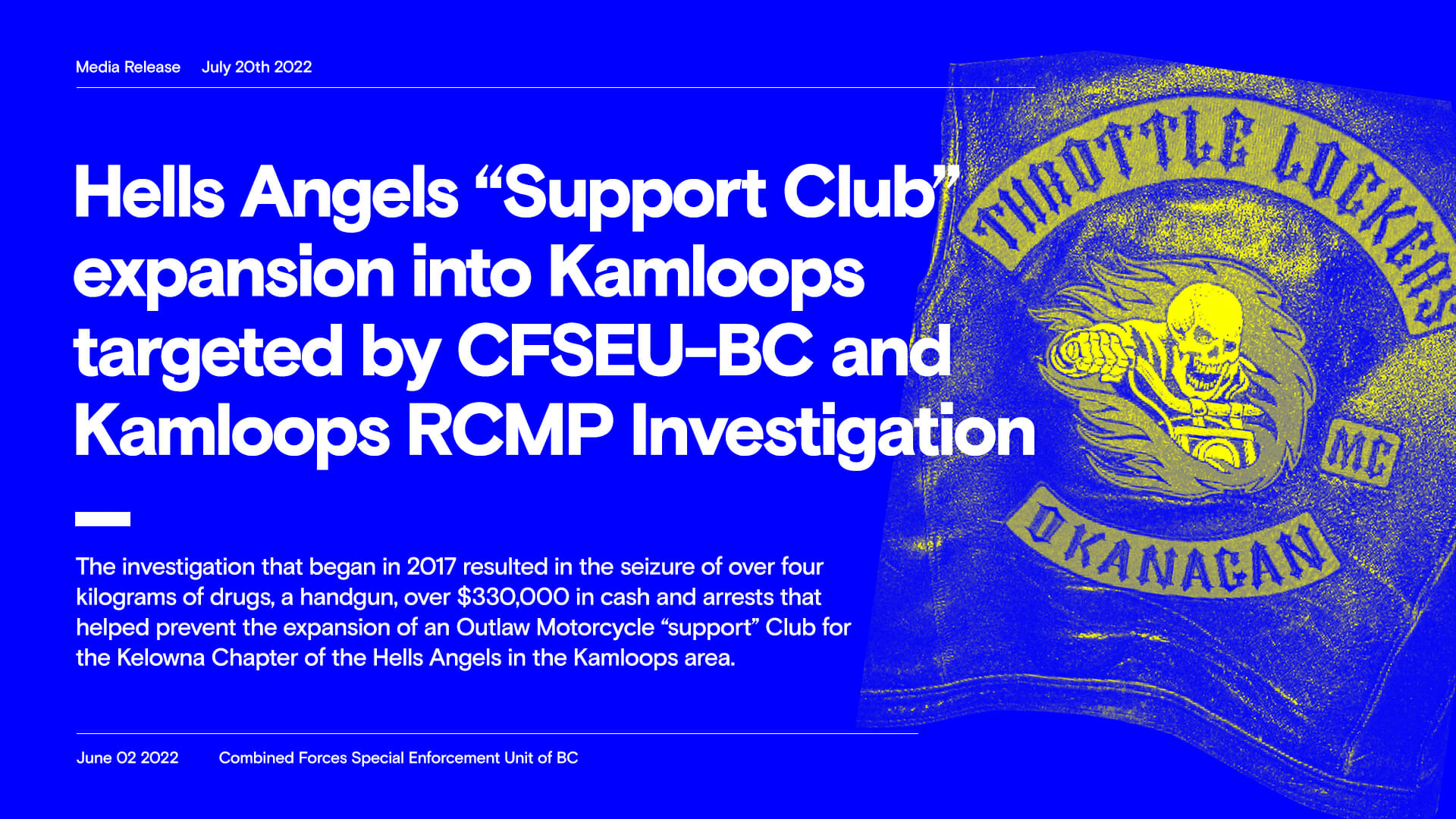 Kamloops, B.C. – Three men have now been charged by the Public Prosecution Service of Canada with several drug-related offences following a joint investigation between the Kamloops RCMP’s Targeted Enforcement Unit (TEU) and the Combined Forces Special Enforcement Unit of British Columbia (CFSEU- BC). The investigation that began in 2017 resulted in the seizure of over four kilograms of drugs, a handgun, over $330,000 in cash and arrests that helped prevent the expansion of an Outlaw Motorcycle “support” Club for the Kelowna Chapter of the Hells Angels in the Kamloops area.

In early 2017, Kamloops RCMP’s TEU began a drug investigation and information received quickly led their investigators to believe that members of the Throttle Lockers Motorcycle Club, a “support club” for the Kelowna Chapter of the Hells Angels, were suspects in an alleged large-scale drug trafficking operation as they began to expand into the Kamloops area.

In July 2018, CFSEU-BC’s Southeast District team assumed the lead of the investigation, targeting several known prospects of the Throttle Lockers who were allegedly trafficking drugs in the Kamloops area.

The investigation continued over the next several months into 2020 and resulted in the arrest of a third male.

All three men remain out of custody and on conditions while they await the court process.

The results of this proactive investigation initiated by the Kamloops RCMP and then led by the CFSEU-BC disrupted an alleged significant drug trafficking network and the Throttle Lockers from establishing a clubhouse in Kamloops.

“When the Kamloops RCMP Detachment started this project in 2017, there had been a number of violent offences related to organized crime, including a high-profile homicide, assaults, and other serious events related to the drug trade. Intelligence was indicating that members of the Throttle Lockers were active in Kamloops and were considering expanding their presence and control by opening a clubhouse in Kamloops,” said Superintendent Sydney Lecky, Kamloops RCMP Officer in Charge. “Efforts began to target this threat to our community and it’s a credit to then Superintendent, Brad Mueller, Investigative Service’s Simon Pillay, and the TEU, who began the project. The initiative and its results are consistent with the Kamloops RCMP Detachment’s priorities then and still to address organized crime in the community. Not only does the success announced today highlight the tremendous work done by the Kamloops Detachment, but also demonstrates the importance of partnerships and joint-operations with CFSEU-BC and other support units.”

“This collaborative effort led by CFSEU-BC not only unveiled alleged drug trade activity in the Kamloops area, but also gave CFSEU-BC an opportunity to disrupt the expansion of a Hells Angels support club,” says Superintendent Duncan Pound, CFSEU-BC’s Deputy Operations Officer. “We remain committed to working with our law enforcement partners across the province to target those who pose the greatest risk to public safety due to their involvement in gang-related activities. Police in British Columbia are unified in our resolve to suppress, disrupt, and prevent groups like the Throttle Lockers who show such wanton disregard for the well-being of Canadians.”

CFSEU-BC would like to thank and recognize the Kamloops RCMP, as well as members of the RCMP’s Southeast District Federal Serious and Organized Crime unit that assisted throughout the investigation. 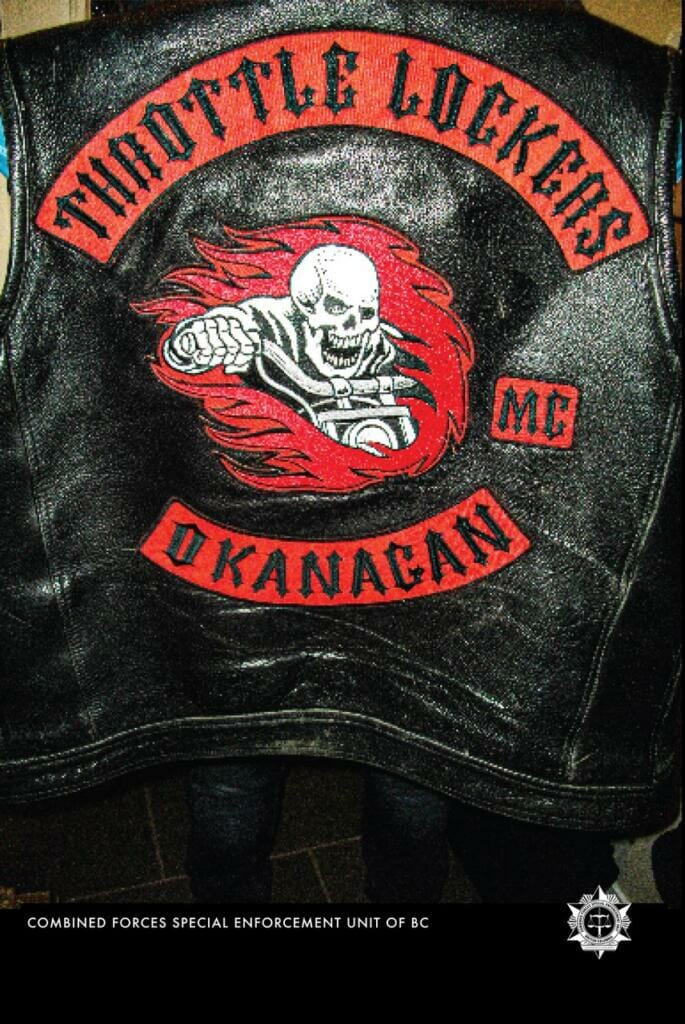 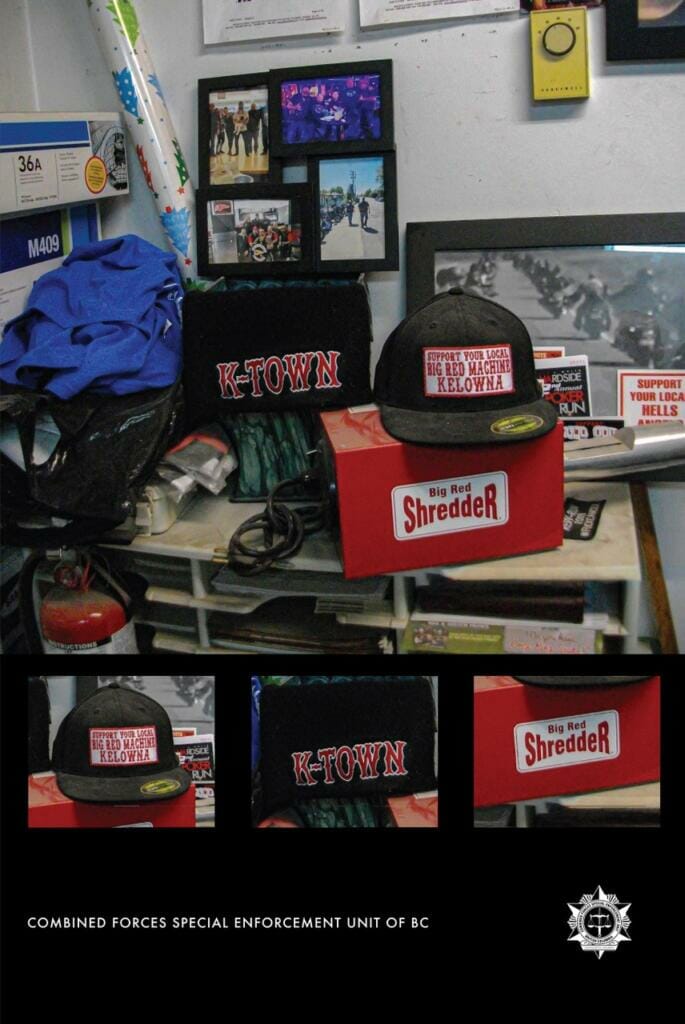