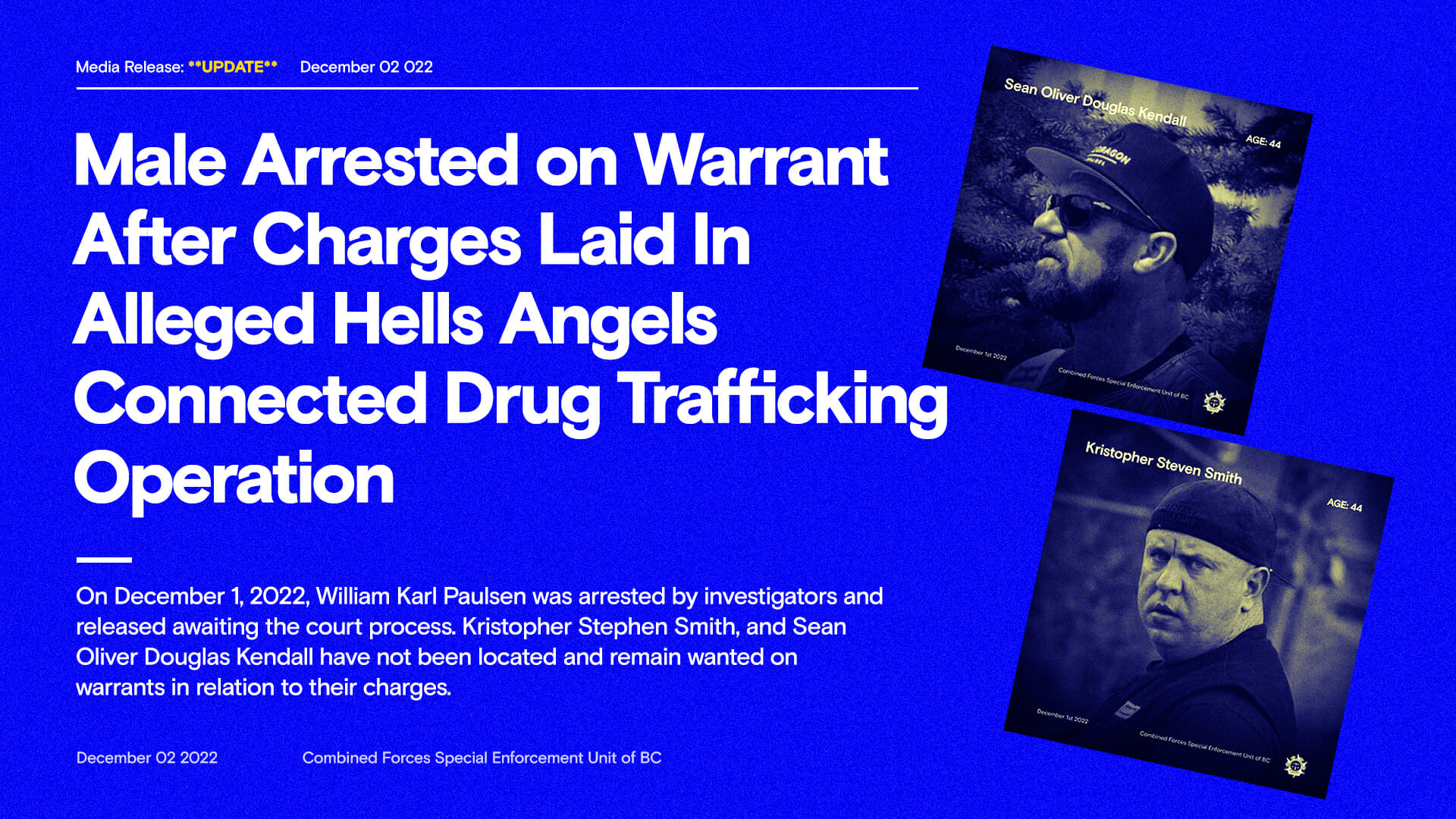 A male wanted on an arrest warrant after charges were laid in a Combined Forces Special Enforcement Unit of B.C. (CFSEU-BC) led investigation has been arrested by investigators.
In June, 2018, CFSEU-BC’s Island team entered into a Joint Forces Operation (JFO) with the RCMP’s Federal Serious Organized Crime (FSOC) unit targeting the criminal networks of members of the Hells Angels Motorcycle Club in Nanaimo and their support clubs, the ”Savages MC” and “Devils Army MC” and their alleged drug trafficking operation on Vancouver Island. The investigation employed various investigative techniques, gathering information over several months that led investigators to believe the Hells Angels intended to expand their drug trafficking operations and create other Hells Angels chapters on Vancouver Island.

Over a period of approximately 22 months, evidence was obtained that progressed the investigation leading to the Public Prosecution Service of Canada (PPSC) approving a total of 41 charges against four individuals on November 30, 2022:

On December 1, 2022, William Karl Paulsen was arrested by investigators and released awaiting the court process. Kristopher Stephen Smith, and Sean Oliver Douglas Kendall have not been located and remain wanted on warrants in relation to their charges. If anyone has any information in connection to their location, please contact your local police or Crime Stoppers.